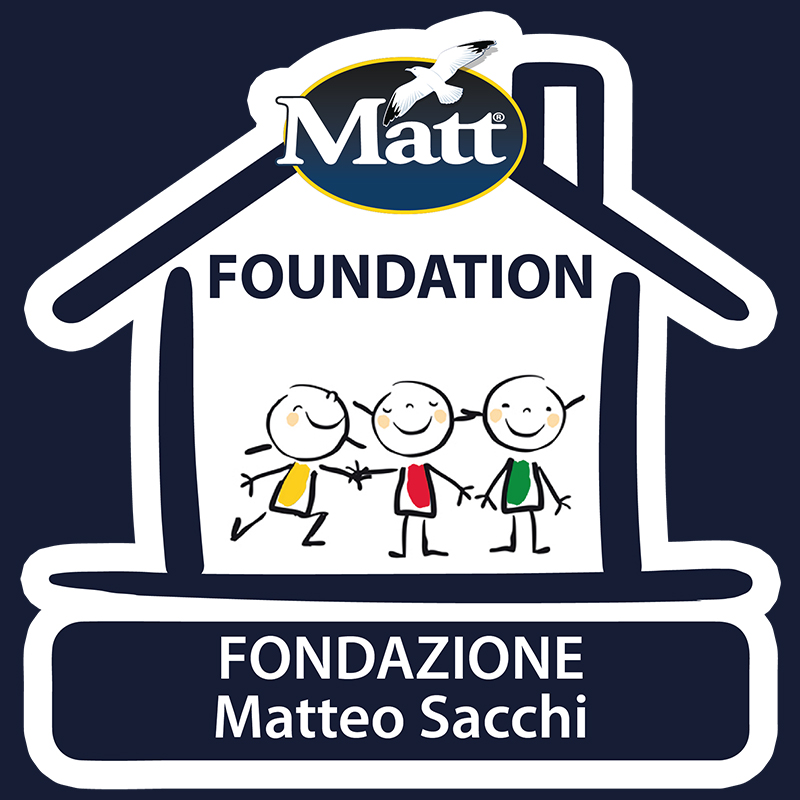 The Foundation was established in memory of Matteo Sacchi, whose sensitivity, generosity, attentiveness and preparation have always been a reference to the point of becoming a driving force for the Founder’s philanthropic activities, as a characterizing corporate philosophy.

To respect others, to hope for tomorrow, to welcome, to educate, to support, to give a dream to those, especially boys and girls, the elderly and the sick, who are in conditions of poverty, hardship, loneliness and fragility, are all real dreams that Matthew had in his heart and pursued and to which the family business activity has followed up and continued.

Now, with the creation of the Foundation, smile and concreteness, ability to intervene, support and care for others have their own MATT House open to all, wherever sufferings are found to overcome them, as Matthew would have wanted.

The Foundation, pursues philanthropic and charitable purposes, both direct and indirect, in Italy and abroad, aimed at supporting the needy with particular, but not exclusive, reference to children, the sick and the elderly.

In particular, the Foundation intends to support and promote social solidarity activities and projects in all areas in which it is expressed, intervening in situations of vulnerability of the individual, whether arising from conditions inherent in the family, cultural, psychological, health, social, territorial, educational, economic, labor and environmental spheres.

The initiatives of the Matteo Sacchi Foundation